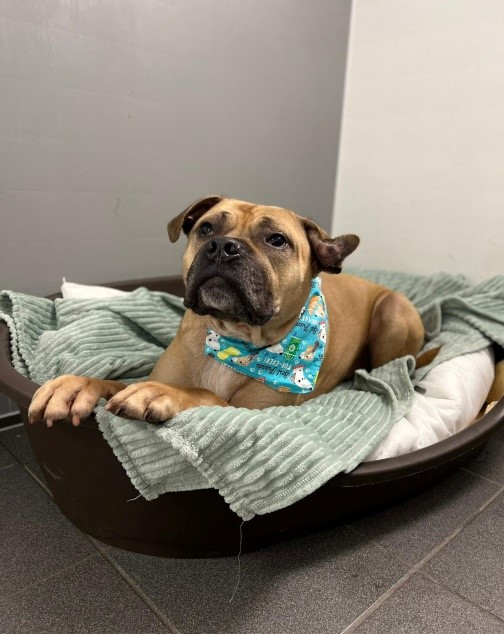 Dudley came to us in March 2021 in a terrible state. A kind person had found a stray dog in terrible condition; luckily, she got him safe and had given him food and water but needed some help. The poorly dog was so scared and was becoming stressed so as usual our staff cancelled their own plans and jumped into the van to get there as quickly as possible. We have seen many sad sights but even we were shocked at this poor dog’s dreadful condition.

We got him safe and warm, and he received all the love, care and medical treatment he clearly needed. He had been eaten alive fleas. Poor Dudley was so severely emaciated, with a large haematoma on his ear, a very sore and weak back end, and a wound on his chin. He was frightened and confused; he did not understand that we were not going to hurt him.

Fast forward a year and Dudley has come on leaps and bounds he no longer weighs a measly 21kg and now weighs in at a whopping 36.50kg! He enjoys a great life at the rescue, he LOVES his toys, playing with the staff and eating lots of good food! He is on ear medication as he does get flare ups on his damaged ear. We are looking for an experienced adult, pet free home for Dudley, he’s had a lot of trauma in his life so can take a bit of time to bond to new people but we are hopeful for his future. 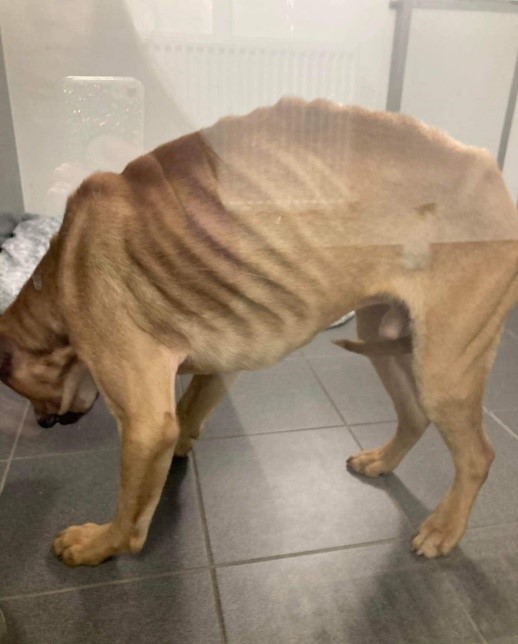 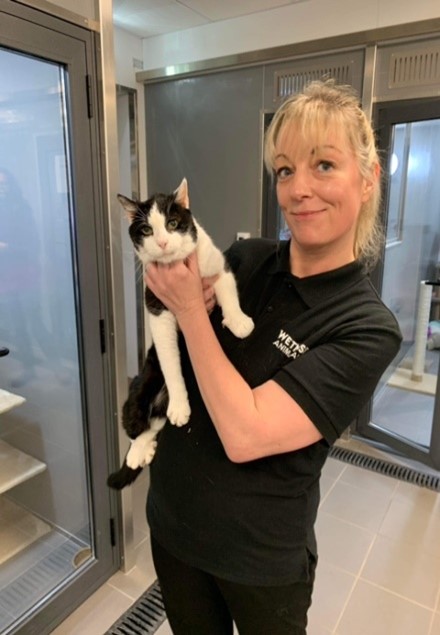