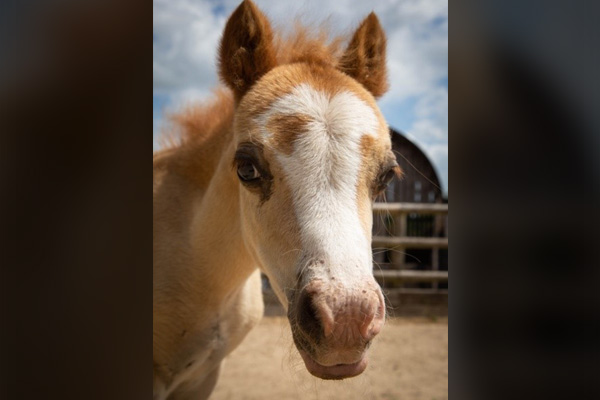 In early July, we were contacted by a grazier who told us about a young foal alone on the mountain and wandering close to a road. We were very concerned about the foal and about what had happened to its mother. On arrival, there was no sign of the dam or the rest of the herd. The filly foal was hungry so we made the decision to bring her back to the Trust. The vet visited immediately and checked her over. She estimated the foal to be about four months old. 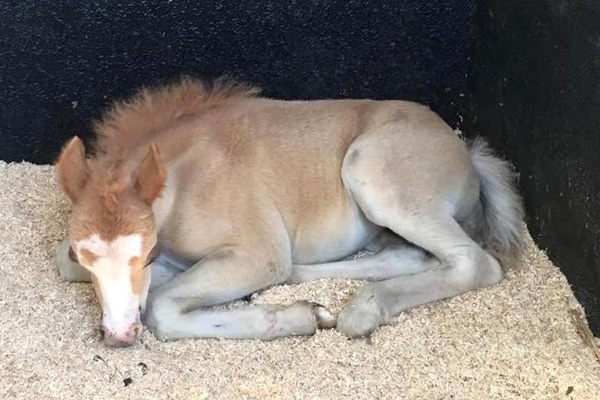 With no news of Nala’s mum we introduced her to the wonderful Penny. Penny had been calling out to her field companions and when Nala heard her, she had whinnied in reply.

This whinnying went back and forth and, as Penny had had a foal when she herself was rescued a few years previously, we decided to introduce the two. Penny’s mothering instinct kicked in and she became the most wonderful companion and surrogate mum to this little foal.

We prepared a stable for them where they were initially separated by a low barrier. After a couple of days, they were turned out into the arena together. Amazingly it was as though Nala really was Penny’s foal. Penny allowed her to suckle and seemed to be very much in love with her. Penny had no milk of course, but Nala was given milk feeds from the grooms every four hours day and night.

Now six months old, Nala needs a little less milk, and is growing well and eating hard feed and hay. It’s hard to remember that mother and baby are unrelated as they are so very close.

Penny and Nala’s first time out in the arena 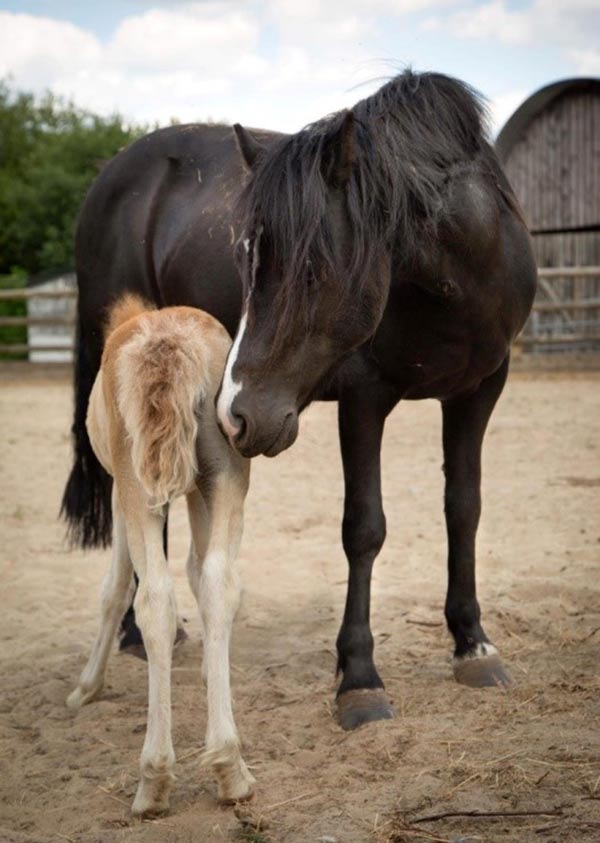 Thank you Wetnose for helping us with a £1,000 donation towards our vets bills, really means a lot.