Shocking increase of horses dumped and left to die

WETNOSE ANIMAL AID HAS BEEN RAISING FUNDS FOR ANIMAL RESCUE CENTRES FOR OVER 17 YEARS NOW. WE HAVE BEEN SAYING FOR YEARS, ANIMAL CRUELTY AND ANIMALS BEING DUMPED IS ON THE INCREASE EVERY YEAR. 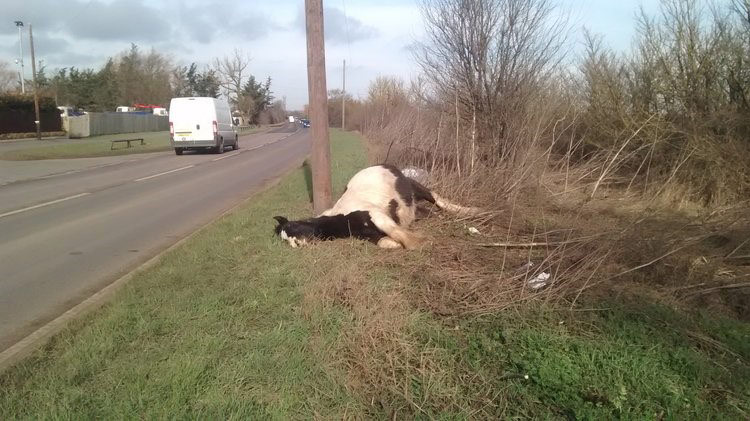 It’s so sad when you visit these Rescue Centres and hear the awful stories of how animals are mistreated and see horrible things on Facebook and you wonder why people are so cruel and unkind to voiceless animals.

Now with a new prime minster about to be elected and an *out* vote in the referendum, means everyone will spend less for a month or so, with all the uncertainty going on, this puts our Rescue Centres under even more pressure..

Only the other day the RSPCA were called about the piebald mare and arrived to find her already dead by the side of the busy Brentwood Road. RSPCA inspector Rebecca Benson said: “The heartbreaking sight of this mare was reported to us by concerned passers-by. “All the evidence points to her being still alive when she was dumped, and in the process of giving birth, but although I got there as soon as I could after we were called – she was already dead.” Was why a vet not called??

But the sad fact is this this is not an isolated case, it is going on up and down the UK. Wetnose Animal Aid is trying to raise £8,000 to help Rescue Centres struggling to cope with the sheer demands; many ponies are suffering daily, and face the same problems as dogs not being neutered. Too many ponies are being breed and then owners can’t afford to keep them in the winter months. Unfortunately dogs, cats, ponies, rabbits, so many animals needed to be neutered to stop this ever increasing demand for young animals!

The other month a young Colt was dumped on fly-tipping waste and left to die in the cold!

A Big Neutering Campaign needs to be done and fast, we need mobile vans going around to give out free Neutering operations, better education at schools, TV adverts but all this costs money, lots of it. If only animal organisations would all full together, so much more could be achieved.

Fact: Shocking figures show over 81,050 stray dogs were handled by Authorities in 2016

Fact: Hedgehogs are now declining in the UK at the same rate as tigers; globally that’s 5% a year.

Fact: In 2016 approximately 11m (40%) of households have pets, that means the pet population now stands at around 57 million (PFMA commission)

AND ANOTHER STORY COMES IN:

We are a small Wildlife Rescue and Rehabilitation centre working for animals in the SE London/Kent borders for the past 24 years. In recent years we have reluctantly had to get involved with sick, starving and abused or abandoned young PONIES left by the roadside or wandering in the road. Even the Met Police cannot get any response from even the largest animal welfare charities, as we are not prepared to leave animals in danger and distress we have taken them in, provided veterinary care as necessary and had stallions gelded.

This piebald colt, badly emaciated and with its hooves heavily matted with mud, would have suffered awfully in its final hours of life. Even in death, it was given no pity as it was dragged on to a grassy verge with a coil of blue rope and left to decay.

Horse dumping is reaching epidemic levels as overbreeding and rising costs put increasing numbers of equines on the scrapheap. 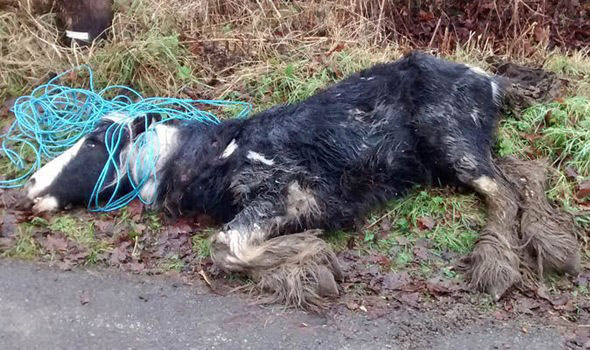 “The problem is increasing rapidly, economy, overbreeding lack of real teeth re laws you name it. Horses ponies even donkeys and of course dogs and small animals. Compassion has all but died in this country. Now we have a disposable culture”.

Wetnose is raising £8,000 to help Rescue Centres trying to cope with this awful problem right now. The message to me is crystal clear, we must all stick together and keep fighting for Animal Welfare!